About the University Name

About the University Name

Who is Queen Arwa?
Our lady, free queen, her beloved nickname for Yemenis, is the free lady Arwa Bint Ahmed Ibn Mohammed Al-Qasim Al-Sulyhi. She was born in 440 A.H. Her mother is Al-Raoah Bint Al-Faraa Bint Musa Al-Sulaihi. The free lady, Asma'a Bint Shehab - the wife of King Ali Al-Sulaihi - supervised the breeding, refining and discipline Queen Arwa, so, she grew up in virtuous environment. King Ali al-Sulayhi gave all his attention to her scientific and valid education and growth, and he always told Queen Asma’a: “treat her kindly, because she will guaranty our generation and will be the guardian of this matter to those who remain”. Queen Arwa was called little Belqees for her prudence and good management. As for her scientific interests, she was interested in the science of hymn, explanatory and the correct Hadiths from Imams and the Prophet (peace be upon him). Therefore, the preachers were learning from her and asking her. She has been the higher ideal for Muslim woman and played an important role in the Yemeni politics.

Queen Arwa proved competence and worthiness in managing the affairs of the country with entire attentiveness and peerless sincerity. This made the Imam trust her and empower her to nominate the preachers in the far areas of Yemen.  When the lady Asma'a passed away, Al-Muntaser Bi-Allah wrote a letter to ask Queen Arwa to follow the deceased and apply her manner. She has attained high trust from the Imam, so he wrote to the sultanas instructing them to follow and comply all her orders and he authorized her to manage the preaching in India and Oman. Moreover, he sent a letter asking her to support prince Abdullah bin Abi Al-Alawi - the ruler of Al-Ihsaa - , so that he can restore security to Hijaz .  Queen Arwa was able to quell sedition and restore security to that country.

In 478 A.H., the queen's husband - Ahmed Al-Mukarm – died, and she married the preacher Saba'a bin Ahmed Al-Muzaffer as the Imam Al-Muntaser has ordered to prevent the outbreak of the war and the dispute among his supporters.  But she never gave her husband a chance to manage the affairs of the country; she herself ruled with the sincerity to Al- Muntaser till he died. She chose sultan Ali bin Abdullah Al-Sulaihi to defend of his country.  In 531 A.H., the free lady passed away left a lot of dignified works such Waqf system, the scientific schools system, and the irrigation and agricultural system. People still praying for her in massjeds until now. 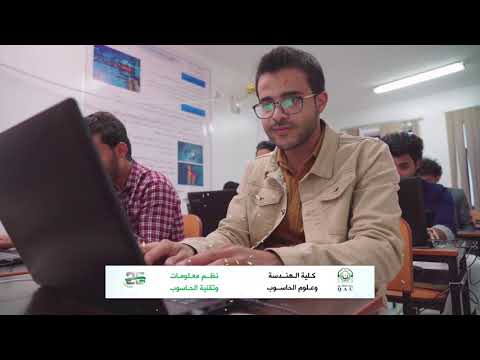 Establishment of the University

Vision and Mission of the University

Founder of the University

Chairman of the Board of Trustees Word

The Emergence of QAU